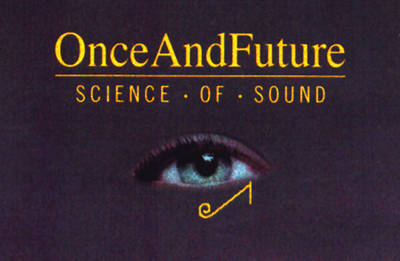 Two leaders of the Sixties pop explosion that was Swinging London have turned their 21st Century skills to remaking some of the finest songs of that time. Lynton Guest (ex Love Affair) and Mike Hurst (ex Springfields and the man who discovered and produced Cat Stevens) have teamed up to re-record a collection of 40-year-old Top 10 hits from American and British artists, bringing you the sounds of a memorable era as you’ve never heard them before.

As Science of Sound, these two Sixties icons locked themselves in a London recording studio to rework some of the best remembered classics, bringing modern production values to the music. ‘Rebuilding’ is the musical equivalent of taking a classic car and putting in a new engine. The best-loved features remain but the mechanics are entirely new.

The album features that flower power anthem, "San Francisco (Be Sure To Wear Flowers In Your Hair)" by Scott McKenzie plus at least two US Number Ones, "Lightning Strikes" by Lou Christie and Sam The Sham’s "Wooly Bully".

Guest and Hurst were both part of some of the originals and their love and respect for these songs shines through. Now they’ve brought to bear the professionalism of today’s studios to take the recordings to new levels.

The Science of Sound treatment ensures that the feel is contemporary whilst the sheer drive and energy of the originals is lovingly preserved. Try the new rhythm section treatment on Lee Dorsey’s soul/R&B hit, "Working In The Coalmine". And listen to Lynton Guest’s remake of his own worldwide hit, "Everlasting Love".

The 50 minutes of bliss that is OnceAndFuture shines new light on old classics. Some of those originals were knocked out in double quick time (and sometimes way out of time!) with no one expecting them to last for almost 40 years. They’ve done so and now they are revealed in all their glory as if they had been recorded today.

This Science of Sound recording also features Barriemore Barlow (ex Jethro Tull) and George Williams (who he from?)

We have genuine pleasure in introducing you to the soundscape of the Science of Sound.

Lynton Guest and Mike Hurst are available for ISDN interview.

Note: This CD is currently available on BMG in The U.K., and soon to be on released in the U.S!!